Ask ten people around you if they have heard of Crocin or Benadryl, you are likely to get a 10 on 10. Ask them if they know who makes them, if you get a 5, you are at a healthcare gathering.

Drug makers have shied away from reminding public of the parentage of the drugs they make. Corporate branding is dominated by electronics and telecom providers and conglomerates. Rarely have drug makers entered this ring. Safeguarding other product lines from recalls and withdrawals could have been the reason for going conservative. 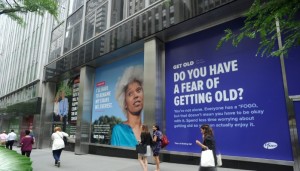 Abbott has launched its “Life. To the Fullest” campaign.” “Our goal is to inspire people to live fully – better, longer, healthier. We’re dedicated to delivering innovative solutions that will push health care farther and enable people to achieve their best health” they say. The campaign is well timed to keep consumers better informed especially when they are more empowered to make healthcare decisions. Considering the fact that a sizable product line up of Abbott today is based on direct consumer decisions, the campaign is well timed. The consumer is well informed today like never before and is making smart choices regarding his or her health. Rising disposable incomes too are making it possible.

Using their global sponsorship of the 2014 FIFA World Cup in Brazil,
Johnson & Johnsonlaunched the CARE INSPIRES CARE™ platform to inspire a more caring world. The campaign is based on a global study that revealed that that the world was becoming a less caring place. Johnson & Johnson created the “Caremeter” to celebrate daily acts of care on the CARE INSPIRES CARE™ Facebook page, website, and YouTube channel.

Pfizer launched its Get Old campaign https://www.getold.com/. Largely seen as an initiative to create a positive image, the campaign sees Facebook and Twitter presence. “This critical information will help inform the unmet needs related to aging and what role the company and its partners can play to help people live longer and better lives,” Pfizer said in a statement. The campaign was based on a research showing that, large American population is turning 65 and look ahead to leading fulfilling lives in their golden years.
Common to those getting bold with corporate campaigns is the fact that majority of their product lines do face consumers directly. From those waiting and watching the results, many more with sizable consumer lines might make an entry.